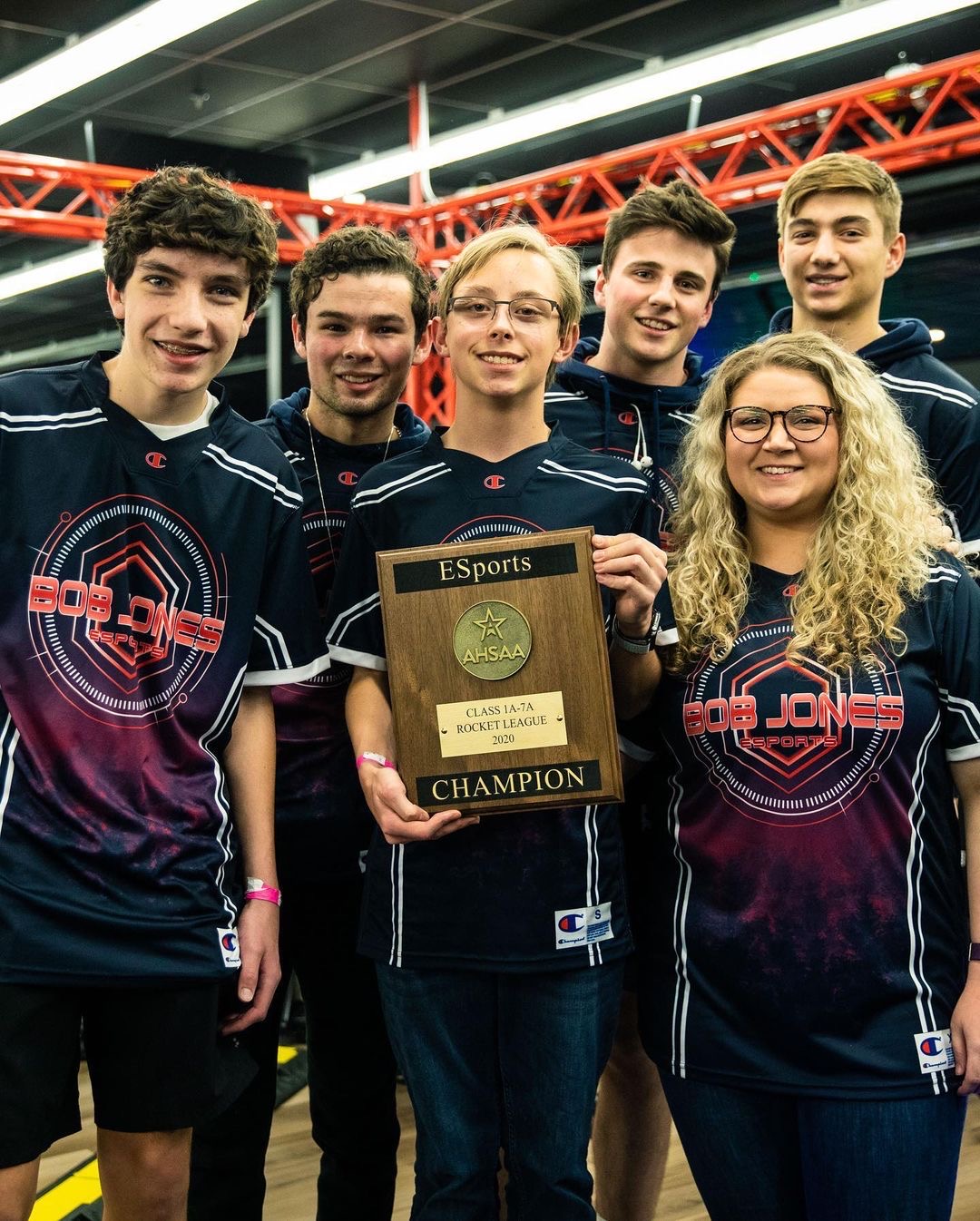 The ever-growing popularity in esports by players of all ages, genders, and skill levels captured the attention of the National Federation of State High School Associations (NFHS), which developed their own high school esports league called PlayVS in 2017. The new PlayVS organization allowed individual states to officially have varsity esports teams that would be sanctioned like traditional sports, including regular seasons and championships.

“I was coaching basketball at the time when I saw that the Alabama High School Sports Association (AHSAA) approved esports as a varsity sport,” Aubree White, Bob Jones High School Esports head coach said. “So when I saw that on Twitter in November 2018, when we came back from Christmas I went straight to my administration and was like ‘Hey, I don’t know if you guys are aware, but Alabama has approved esports as a varsity sport which means that we can compete for state championships, and I know there would be a huge group of kids that we can reach with this and I would love to jump-start this opportunity’ and they let me.”

After scheduling an esports informational meeting during Patriot Path, the school’s free hour that includes clubs, playing sports, and participating in hobbies, White saw a massive interest from the student body. 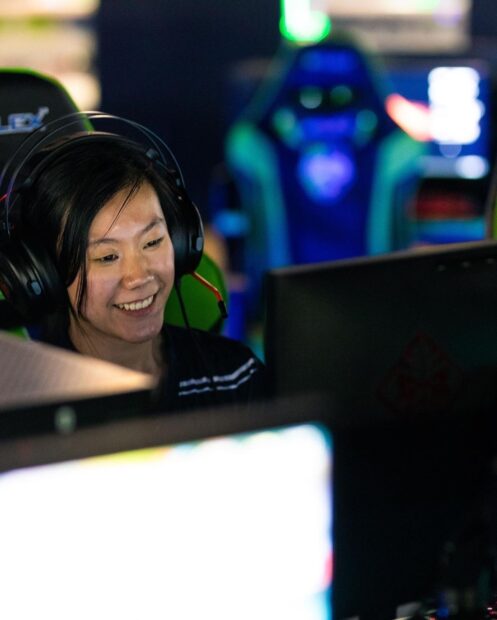 “I held one interest meeting during our Patriot Path and I just titled it ‘Esports Meeting’ and I capped it at 50 kids, but that filled up. Then I had tons of kids emailing me saying ‘I couldn’t get a spot, can I please get a spot?’,” White said. “So, I wound up having almost 100 kids show up to that very first meeting for esports.”

After two seasons competing in the PlayVS AHSAA League, the BJHS League of Legends and Rocket League teams earned their spots at the PlayVS Alabama Fall 2019 State Championship.

“I never videoed these kids all season. We win games, especially that season we won all those games and were undefeated in both League of Legends and Rocket League, and for some reason that last day my League of Legends team, I don’t know what made me do it, but I said I’m going to video this if we win,” White said.  “So, I videoed us winning and just watching those kids get excited, jump up, and hugging each other. They were just so excited that we were going to State which means we were going to another venue. For esports, we play all of our games at school, so this meant we get to go somewhere and play on legit computers against another team.”

Although both BJHS teams were excited about making it to state, they knew they had to practice and work on their technique to succeed.

“My Rocket League team that season, they had such good chemistry that there weren’t any more pointers that I could give them. They just increased how often they were practicing before we traveled to State,” White said. “Now League, they were the same way and they understood each other’s playstyle so well that we were able to just sit down and have a good conversation about our weakest points, and how we can tackle those the next couple of practices. Those few practices leading up to State we did zone in on our weak points and what we could do and of course we scouted the other team to learn their playing style.” 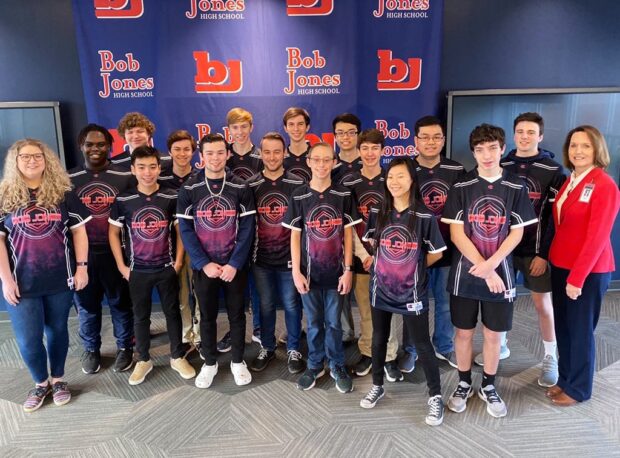 Coach White with her Rocket League and League of Legends teams.

“That was fulfilling, definitely fulfilling and overwhelming,” White said. “It was just super rewarding because esports is still so new and we want people to understand that we’re working just as hard as these other sports are and we’re winning at it and bringing home a State title to our school. There were a lot of exciting emotions because the kids, they worked so hard and the fact that this was our first legit State championship in Alabama that was held in a venue. 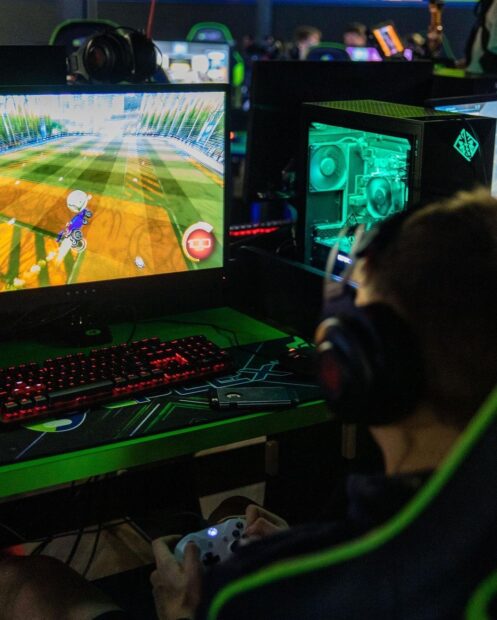 With an abundance of teams, colleges, and supporters in attendance, the team felt vindicated for all of their hard work.

“To be there in an actual gaming venue was an awesome experience for the kids and then to win in that venue just made it feel like it was worth all the time we put in, it was worth stepping out of our comfort zone and competing against other teams in the state and not just going home and playing for fun,” White said. “As a coach, I felt like ‘heck yeah, we did it!’.”

The BJHS school and community were also excited about the team’s win.

“They were super, super excited. I think the teachers and the majority of the students were like ‘Whoa, ok a State championship they did it ok’, but there were still the bad apples in the group that was like ‘LOL an esports State championship come on’, but for the most part the responses were well,” White said. “The community also was just like ‘Whoa, a State championship in esports. What’s esports?’ so it sparked more conversation about what esports is.” 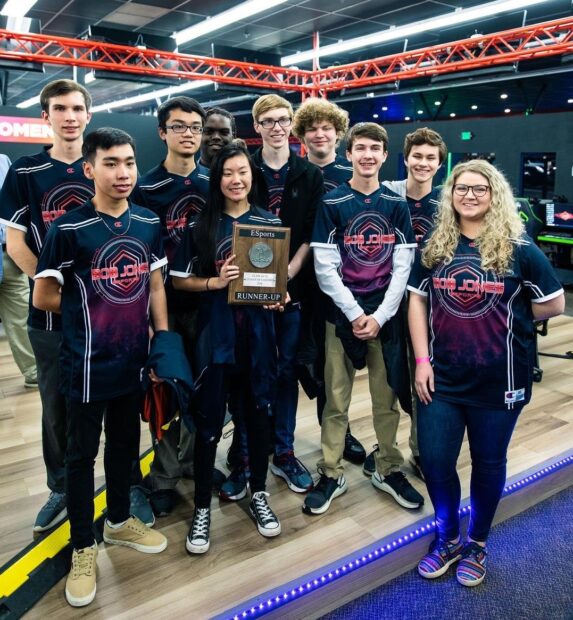 With esports growing rapidly at the high school level, White shares her advice for teachers and students looking to implement a team at their school.

“Don’t hesitate. Even if you think that you won’t have a big interest, you’d be surprised at how many kids just don’t talk about it being something they enjoy. Offering that opportunity to those kids, you’re reaching a different group of kids that nothing in the school is reaching. These are your kids that may not want to compete in contact sports, these are kids that may not want to give up tons of time after school because they’re in clubs and they have tons of homework to do for their AP classes, so having practice late at night, at home, on a computer is doable for them,” White said. “So, I would say don’t hesitate, go forward, offer that opportunity, but also be patient because it does take some preparation for getting those computers ready. Be friends with your IT department and be confident in offering that opportunity because you’d be surprised at how many kids are going to hop on that.”

Tips to Improve Your Map Awareness – League of Legends 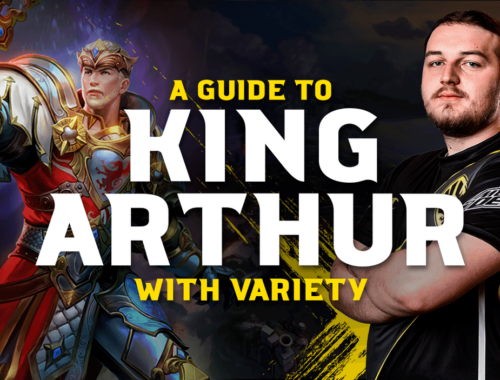 SMITE: How to Play King Arthur with Variety

5 TIPS TO IMPROVE YOUR CS IN LEAGUE OF LEGENDS