Growing Pains: How To Encourage Your Female Runners

Coaches may see it every year, fewer and fewer girls returning to run cross country as they get older. There can be several reasons for this and they aren’t always easy to discuss. On average, girls begin puberty two years before boys, causing an increase in body fat and hip size. This is can be challenging for anyone, let alone runners. It is hard to grasp why you can’t run like you used to at such a young age.

We spoke with Hannah Caresio, an in-house technical designer, who has been a distance runner since the age of 8. Caresio shared how she stayed motivated to keep running as her body started to mature.

First tell us a little about yourself!

I went to Baldwin High School, class of 2009, and I ran cross country for all 4 years and did distance running in track for 3 years. I ran track in junior high and summer leagues before getting to high school. I did volleyball and basketball in junior high, but focused my attention to running in high school. 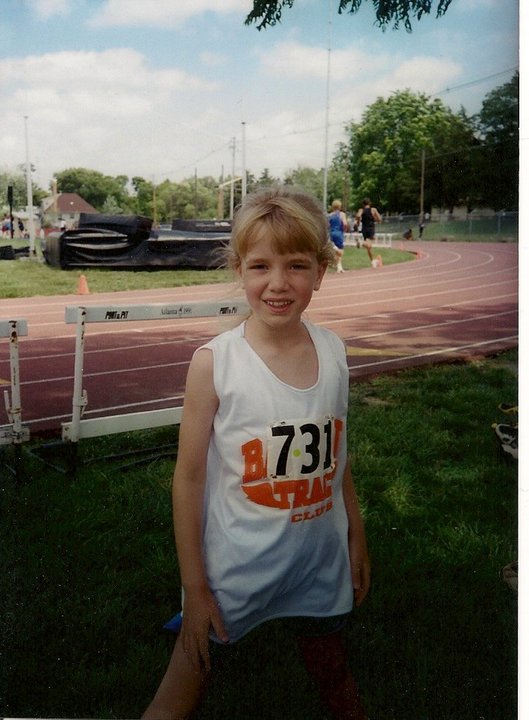 Caresio, 8, during a track club meet.

After graduating high school, my running was all recreation and a way to keep in shape through college. After graduating college, I started to run in races for fun. I have done several 5k’s, a 10k, and 2 Half Marathons. I am working toward running my first Full Marathon. I go to the gym and box to cross-train and stay in shape.

What was the hardest part for you when adjusting to your “new” body?

The hardest part was trying not to compare yourself to other runners. In cross country, most of the girls are very thin and if there are runners that are faster than you and thinner, you associate your size with speed. It got to me mentally and emotionally when I started to get hips and boobs, because I thought it was going to slow me down. I also was self-conscious running past fans or teammates, instead of thinking about my race, I was concerned that my belly was showing or I didn’t look like a “runner”. I would get anxiety in high school track meets running past my team in the benches, thinking they were comparing me physically to the other runners. My team was also very strict with diet because I was on a very talented team. The runners on our girls’ team made rules about what you should eat during the season (no desserts, pop, fast food…etc.). That stressed me out thinking I was going to gain weight or was too big to run.

Did you stick to those rules or did you find a healthy balance?

I followed the rules for the most part, I already ate pretty healthy anyways so it wasn’t very hard for me to follow. I didn’t drink pop during the whole season and avoided fast food. The only thing I would break is having a cookie or dessert at lunch here or there during the season. The girls were trying to have everyone be as healthy as possible, but it got too intense at times and that is where the stress came in. I remember there was a time one of my teammates found out I ate a cookie and lectured me about how that was bad. One of the male teammates spoke up for me letting them know the occasional sugar or sweets is not a bad for your health. I don’t believe there is an issue with trying to be healthy, but when it is pressured on and used as a reason that you can’t run as fast it can become emotionally stressful. 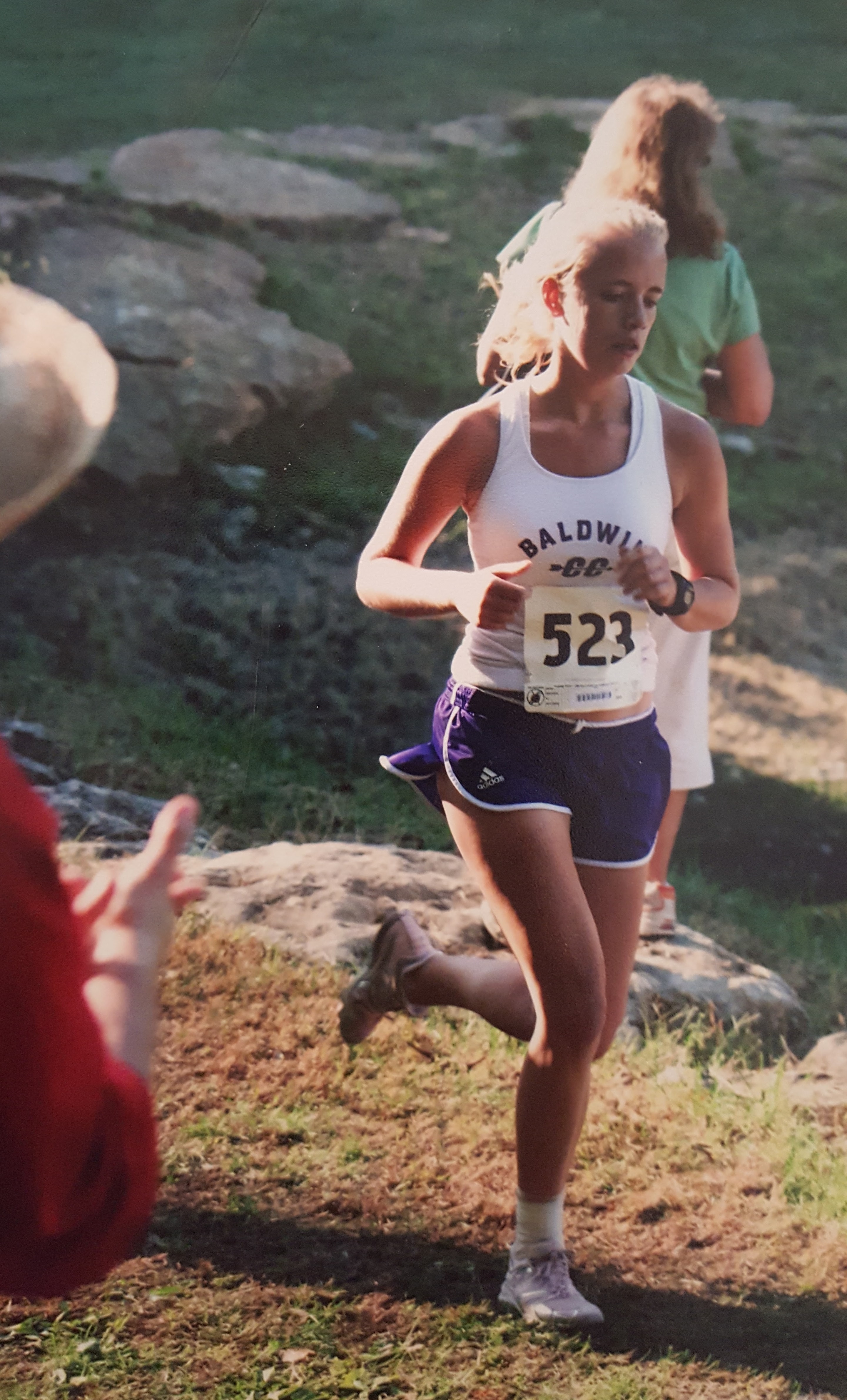 Caresio during her junior year at a meet.

How would you want your coaches to help you through this process?

I had some very compassionate and encouraging coaches. Our coach’s wife was a big part of the team and was our second coach. She coached track in junior high and summer leagues so we were all very close with both of them. I think it would be good for the coach to meet with the girls team and talk through any self-doubt or emotions they may have. There should be someone there to explain things that may happen to females during cross country. For example, my first year of cross country, I was working so hard and putting my body through a dramatic physical change that I didn’t have my period for the whole season. It scared me into thinking I was dying or was the Virgin Mary, but I learned afterward that this is a common occurrence in young females in cross country. Having coaches that created a family atmosphere and a close trusting team helped me through insecurities and made the seasons fun.

What is your advice to girls going through these changes?

To not worry about their size and to believe in themselves. I remember comparing myself to all my teammates and runners physically and thinking I wasn’t small enough or my butt is too big for distance running. I now look back on photos and laugh at my old thoughts. There was no reason for me to be self-conscious or to think I was fat or didn’t have a “runner’s body”. What I have learned growing up is there is no such thing as a “runner’s body”. There are talented runners in all shapes and sizes. I would also tell girls that no one is analyzing their body when they are running. Girls can be more critical on their own physical appearance than reality perceives.

Lastly, I would tell girls to find the parts of running that you enjoy and glorify those things. Make it fun for yourself and your teammates and encourage one-another. The other girls on the team have doubts as well and giving those encouraging words and compliments go a very long way. Just be very supportive of each other. 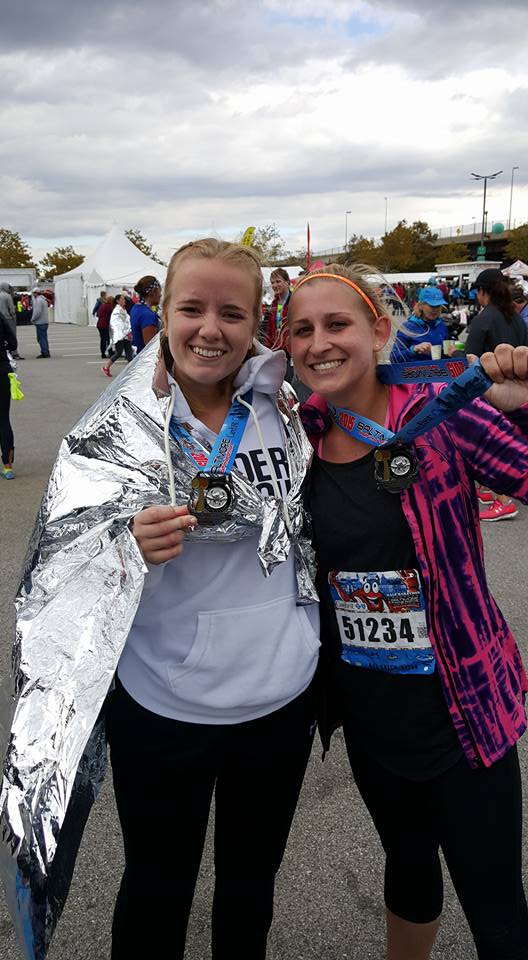 Caresio,  24,  after finishing the Baltimore Half Marathon in Maryland. 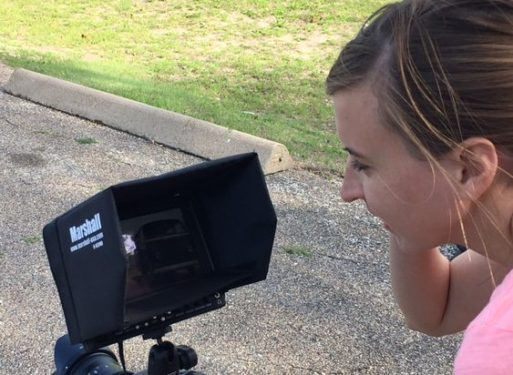 Behind The Scenes: Canvas Shoe Video