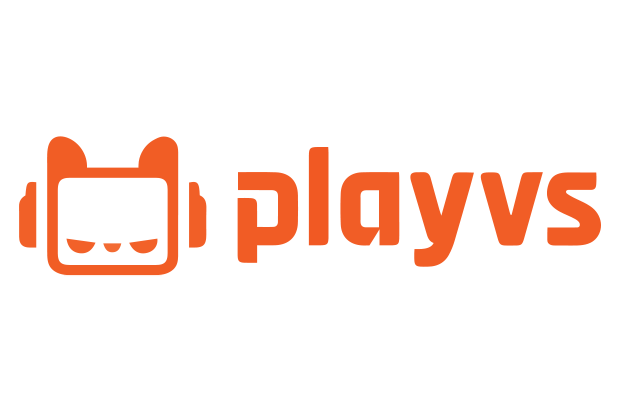 The global pandemic altered how teams competed, even causing some seasons to be cancelled before they began. Although traditional, physical sports faced difficulty adapting to COVID-19 protocols, esports were unaffected. 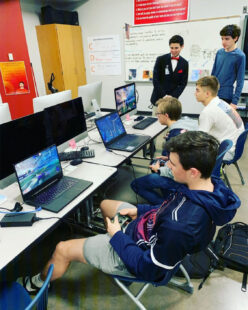 BJHS Esports team practicing before the pandemic in January 2020.

Although the BJHS esports teams are still adjusting to their new normal of practicing and competing, they feel grateful that their season can still continue despite the looming pandemic.

“Even in the Spring we could’ve completed our season, but there were just a lot of schools that had to drop out of the season because kids don’t have devices at home,” White said. “We’re lucky in that most of our kids do have devices they play on at home already.

After given the greenlight by PlayVS and the Alabama High School Athletic Association (AHSAA) to continue practicing and competing at their respective homes, White and her team had to adapt to how they practiced. 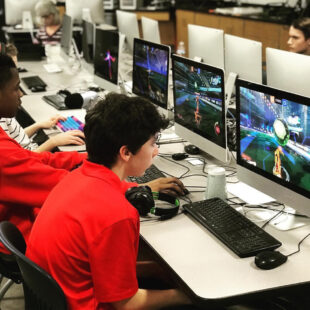 BJHS Esports kicked off their 2019 Rocket League season in February 2020.

“Practices are still pretty much the same except we’re just not in-person. The downside sometimes is I’ve got quite a few kids. I have three teams of Rocket League, and then I have one team of League, but I have nine players with four subs, and so virtually it’s hard to make sure that they’re all occupied and working on what they need to work on. Whereas in-person I’m circulating the room, I’m looking at computer-to-computer making sure everyone is doing what they’re supposed to be doing,” White said. “For the most part these kids are good kids, so when I tell them ‘Hey I need you in a lobby, I want you playing this champion’ they do it and then in Rocket League if I say ‘Hey I want you three on this team today, I need you to be the sub, I can trust them to do it.”

Although their practices may remain relatively the same, White had to adjust to coaching her teams virtually.

“I think the biggest struggle would be coaching communication because in a room when I’m with all of them I can walk around and be like ‘Hey so-and-so you’re being kind of quiet I need you to call out some more’ but virtually we’re all in Discord and everybody’s got a mic and so if everybody’s talking at once it gets kind of confusing,” White said. “Especially when you only have one avenue through that headphone, but if you’re altogether in a room it circulates better, I feel like.”

To help players who may not have a PC at home, PlayVS allowed teams to compete games such as Rocket League through consoles. 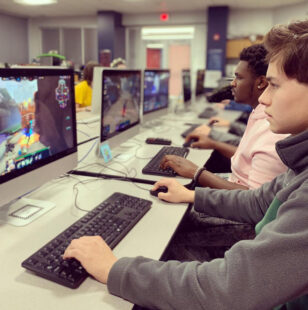 The BJHS Phantoms, the group’s first SMITE team, competed and won their competition in November 2019.

“Now with COVID, we are allowed to play at home and PlayVS has done a lot of different stuff where now they support console play so now my Rocket League players who play on console can now receive those invites from PlayVS. Whereas at first it was just through the Steam platform, and if you didn’t have a Steam account or you didn’t have a PC you were out of luck if you weren’t at school,” White said. “PlayVS promoting and enabling kids that play Rocket League off of consoles to also compete this season has been tremendous because honestly for Rocket League I wasn’t sure what we were going to do because normally for Rocket League those kids were having to logon to a PC to get the invite for the games. So you have all these kids that normally in the previous seasons they play on PlayStation, they play on XBOX, but they can still play because all they do is bring their controller to school and we can log in on PC here and there’s no disconnect there. They can still play on the controller like they’re comfortable with, but they’re logged onto a PC.”

The BJHS esports team is currently competing in their fifth season. Follow the team on Instagram for updates on their practices and upcoming competitions.

The Freeze Cheese: How to Get First Blood on Anivia Support 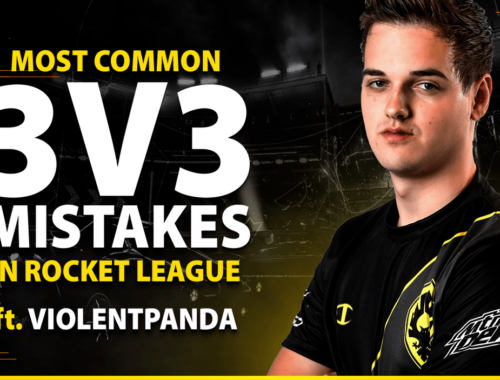 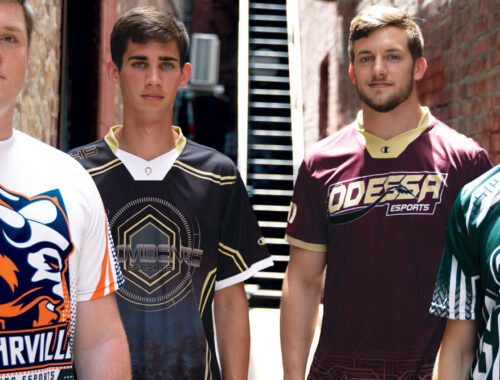