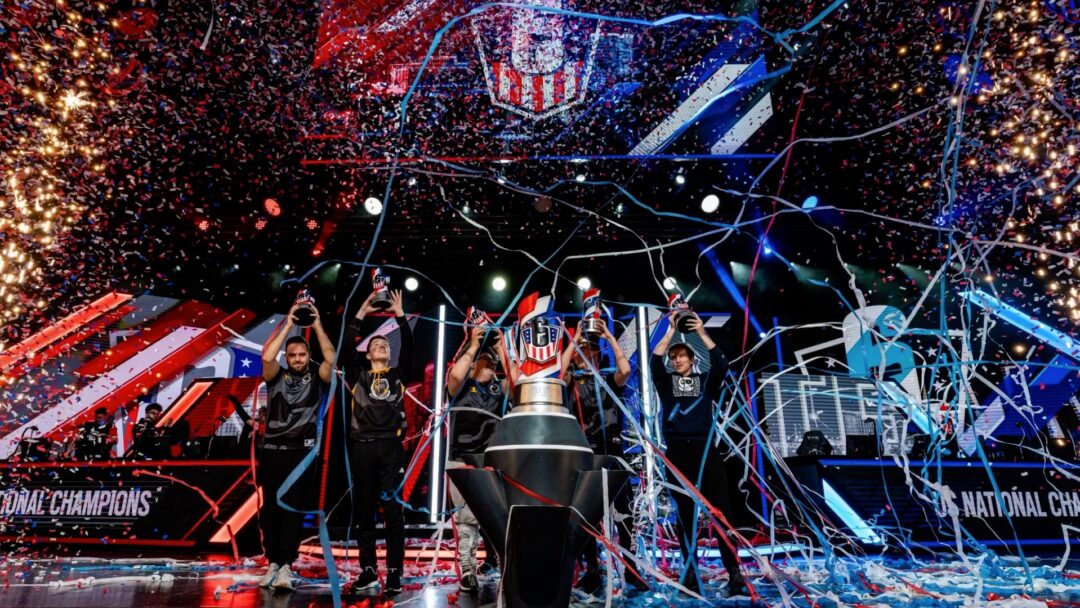 Spacestation Gaming has catapulted itself into the esports industry winning numerous competitions and building a loyal following worldwide. Founded by Shaun “Shonduras” McBride in 2017, Spacestation Gaming dominated their 2019 season winning the Rainbow Six: Siege United States Nationals and starting their 2020 season as World Champions after competing in the Rainbow Six: Siege Invitational. With their first major win in 2020, Spacestation Gaming’s  Chief of Operations Alex Christiansen and Director of Operations Ty Mullen reflect on their 2019 season and what their followers can look forward to in 2020.

Since Spacestation Gaming was founded 3 years ago, how did your organization grow to become one of the leading esports teams in the industry?

AC: Our background comes from Shonduras, he was a social media personality and Youtuber and that had a lot of leverage going into building the company. We were able to really build off of his audience and his practices that he’s built over time in social media and that was something esports orgs hadn’t done before was take the social media angle and so that was a huge advantage for us. 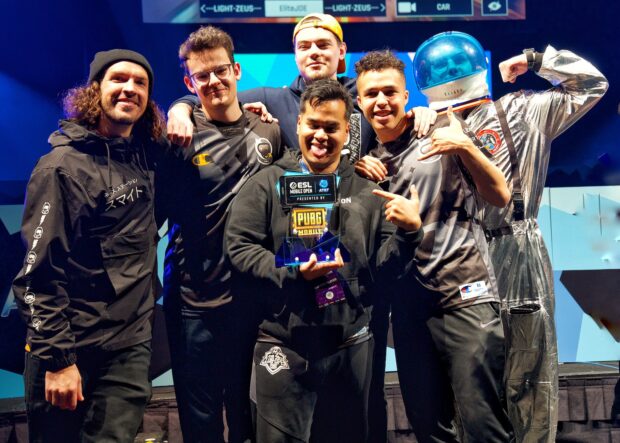 What were your goals for 2019 and how did you work to accomplish them?

AC: We had a lot of goals to grow, I think 2019 was our biggest expanding year thus far. Obviously it makes sense to be growing every year as a company, but this was a big booming year for us. Our first two years, 2017 and 2018, were just start up growing years and in 2019 we really boomed into more of a mainstream area especially partnering with you guys at Champion and stepping into the Foot Lockers across the country and whatnot, that was big for us. I think our biggest goal is to keep expanding mainstream.

TM: I was here for the last six months of 2019, but I think a lot of it just came up to the organization being prepared to take on new opportunities and having just a hard working staff. We haven’t really grown our staff that aggressively, but compared to the opportunities we’ve been seizing we’ve just had a lot of hard workers and a lot of people pulling late nights and weekends to make everything that we wanted to have happen, happen. So, whether that be expanding into mobile gaming with new partners PB and Ash or whether it’s expanding into China with partners overseas it just kind of like every single opportunity that comes into our emails or comes into our lives whether it’s at meeting or conventions, it’s just taking full advantage of everything that we think makes sense and just being careful with our resources and making sure that we’re making good decisions. 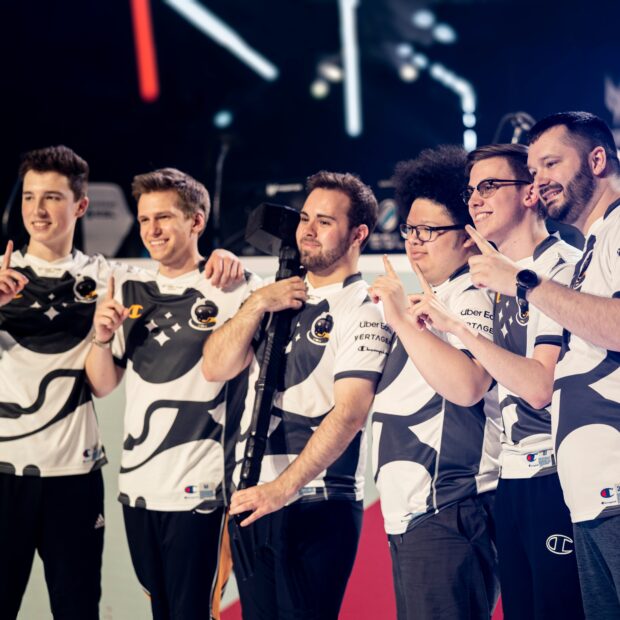 What were your top 3 favorite Spacestation Gaming memories from 2019?

AC: Let’s see the top 3 for me was number one was actually partnering with Champion and getting into the Foot Lockers across the country. That was huge. Probably one of my favorites, just to see and walk into a store that I shop at and I have been shopping at for years and years and to see our own branding in there was pretty insane. I’ll always remember that for sure. I also love all the events we went to and the booths we had at the events. Let’s see, we won Rainbow Six Invitational in December which was pretty insane, that was a big win for the organization as a whole, but especially for our Rainbow Six team specifically. 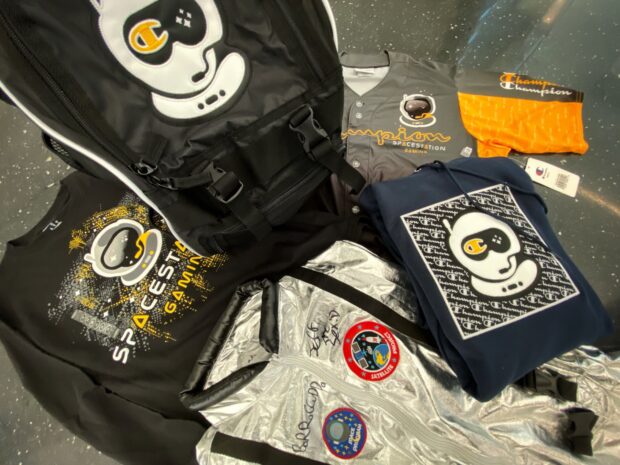 TM: Top 3…I don’t know…that poses an interesting question. I definitely say the events for sure. We’ve just done a lot of big steps with the teams and I think it comes from Shaun and our General Manager Shawn “Unit” Pellerin. They’ve been really strategic with how they built the teams and they’ve been really flexible when changes need to happen. So, just having teams that are successful and have been built by professionals is something that stands out really a lot to me and I think we’re just really proud of our communities. We have a huge focus on community building on all of our games that we’re really involved in. To be able to see those fans and interact with those fans whether it’s online or at events like Dream Hack or the Invitationals, which are competitions, I think seeing how many people really associate with our brand and really love our players and our staff is really rewarding to see that even though it’s an emerging industry and, like for me I wasn’t really in gaming before I started working here, just to see the passion in the fans and to know that people really feel like they’re part of a family is something really cool for me.

AC: And I remembered another one of my other favorite memories of 2019, we partnered with TFox, Tanner Fox, and Hot Wheels and we actually have our own SSG Hot Wheel car and that is pretty exciting that was a huge moment for us and Tanner Fox. Just to see that, our logo, and our branding was actually on a Hot Wheels sold across the country was pretty wild.

Describe how it felt to win and become the U.S. Champions?

TM: I was actually taking a video of the whole team that we had. I think we had 10 or 11 people from our staff that we took to Vegas, but I think everybody just had their minds blown like our team had to fight  really hard to get through all the qualifiers to get there. To see all of the hard work that they’ve been putting in and all the planning and stuff that came from our end, I think everybody was just…they had their minds blown. They were so just excited and so shocked that it actually was happening. We don’t often get to be there when we have big wins a lot of times we’re watching it at our office because it’s hard to be there at every single event, but to have such a big supporting presence there and to have that huge win with us all being there was just crazy.

Did the Rainbow Six: Siege team change how they trained for the U.S. Championship? If so, what did they do differently compared to previous competitions?

AC: I don’t think they changed a ton of how they played, but what was interesting about the team was that we just had a few roster changes, the actual personnel within the team, and so this was a big moment for us to see if we’re really going to be as good and as big as we anticipated and as everyone else had anticipated. We also just moved the team into a house in Atlanta so they were all working super hard together as a new fresh team and so it was insane for them to come out on top after all that hard work.

Does your organization plan to expand their teams or the games they compete in? If so, when do you foresee that happening and what games do you want to get involved with?

AC: Right now we’re really established with where we need to be at. The only expansions, as far as teams or games that we’ll be expanding into, will probably be in the mobile team as we continue to grow that and so you’ll see a few changes coming soon. People have already seen some changes and people were signing some players and streamers, but yeah we’ll keep just expanding into the mobile team a little bit. As far as overall teams, we’re pretty set with where we need to be at least. 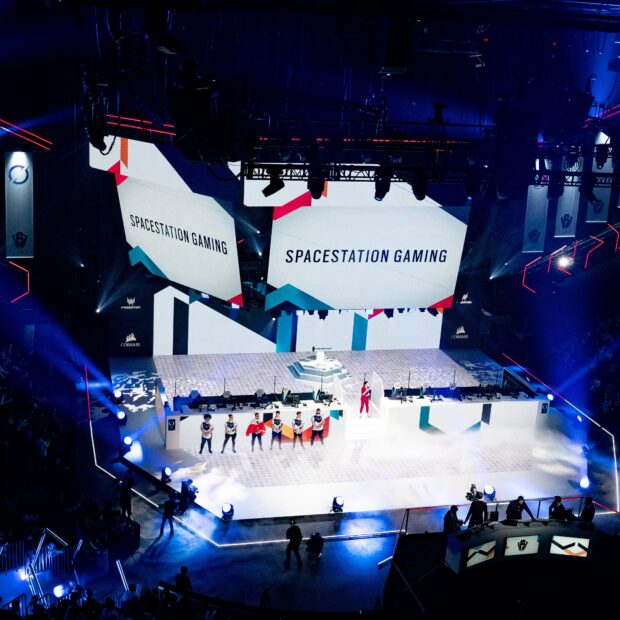 TM: I think for 2020 it’s more of just keeping up with the momentum, 2019 was a crazy year of just really aggressive growth for us so it’s going to be building out more efficient processes, it’s going to be making sure we can support our teams and our communities because we really did push. Last year was the first year that we did any merch booths, so we were in a lot of the games and supporting onsite when they were playing. We learned a lot in 2019 just through being aggressive and being in those places and being in those situations, so 2020 I think is more a year of just growing from those learning experiences and building more professional, more built out, more effective processes for everything and maintaining all of that growth that we saw in 2019. We’re always keeping our eyes open for our next move and will continue that growth through 2020, but I think we’re all pretty excited to be not growing as aggressively for just the first little part of this year to kind of get our heads back on straight because 2019 was insane for us and we’re just going to keep growing as soon as we can. 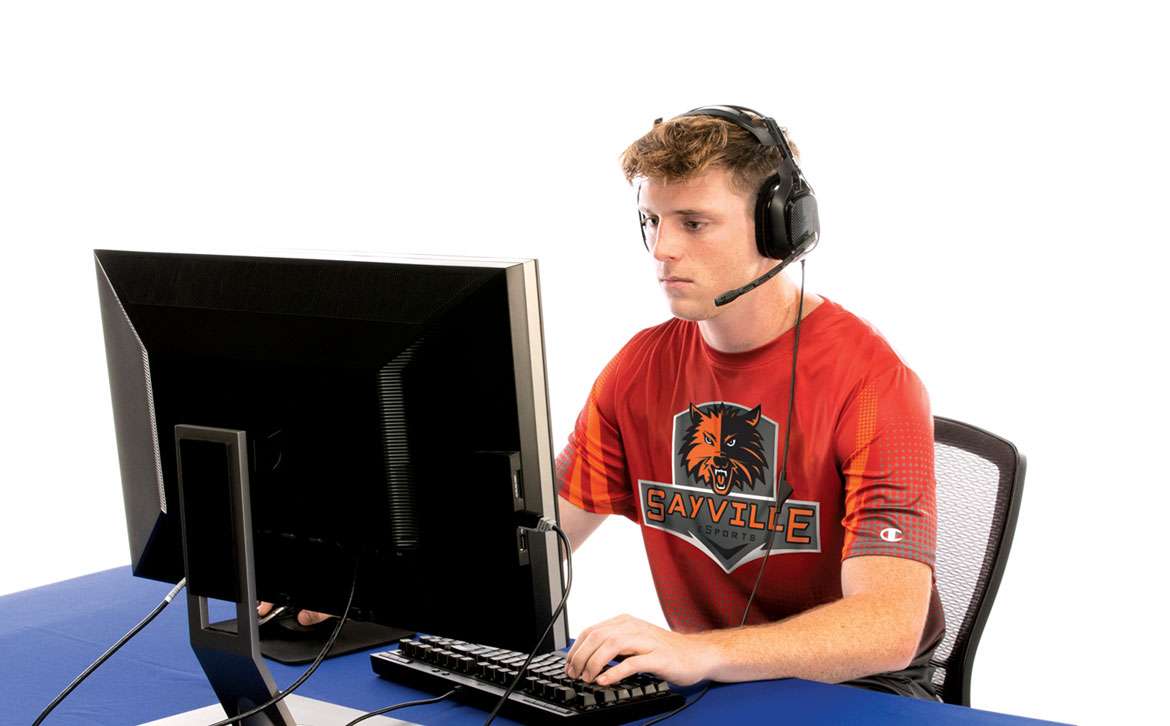 Skills You Need to Reach Champion in Rocket League 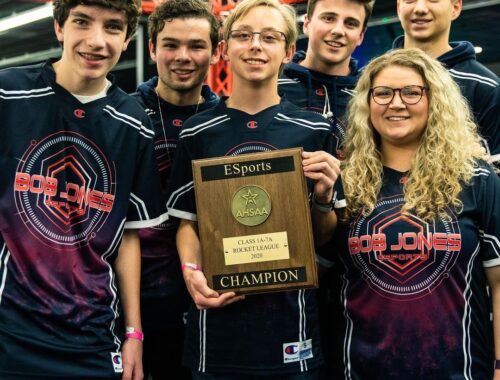